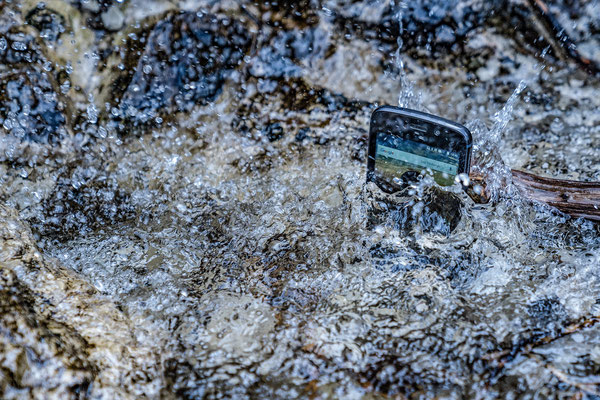 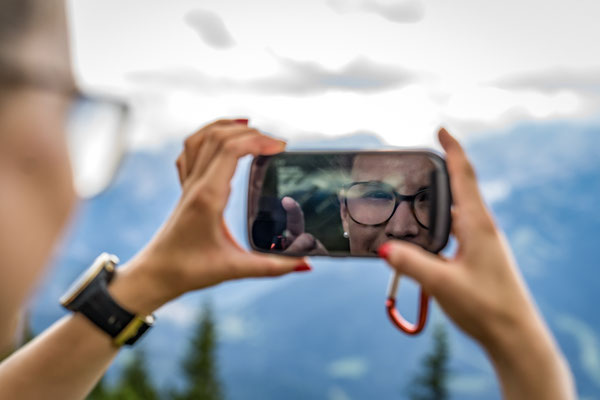 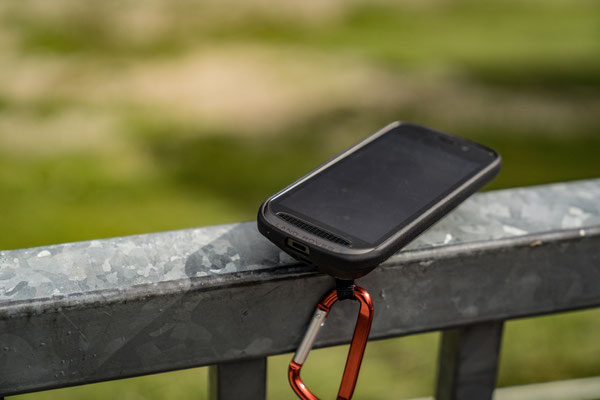 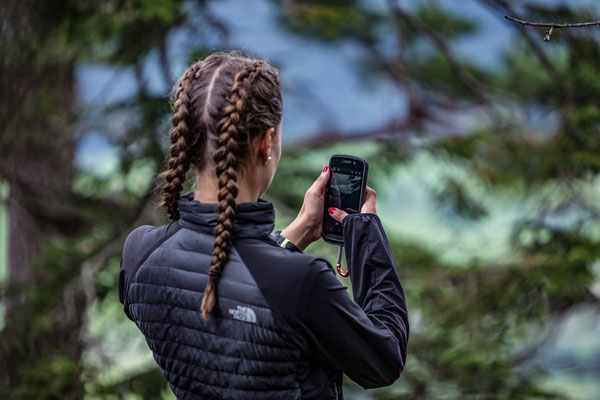 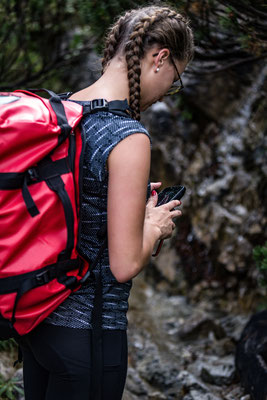 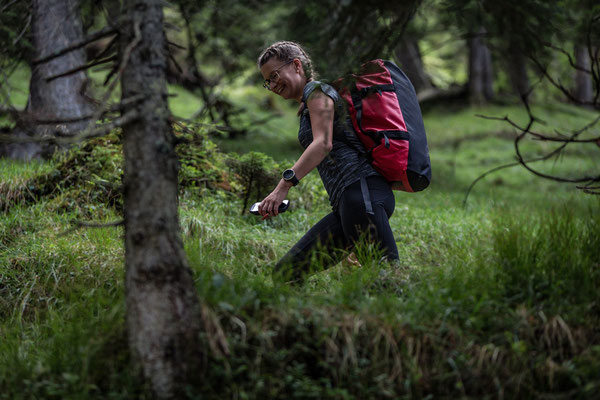 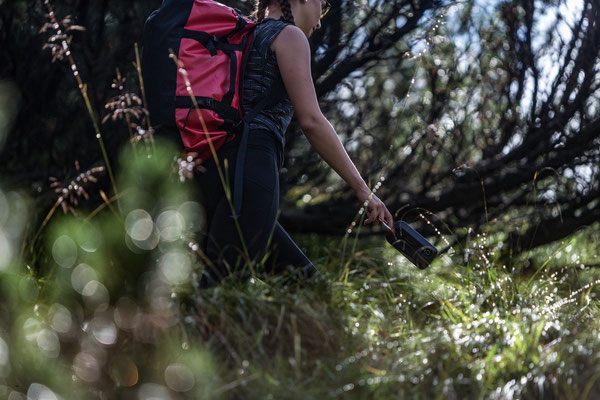 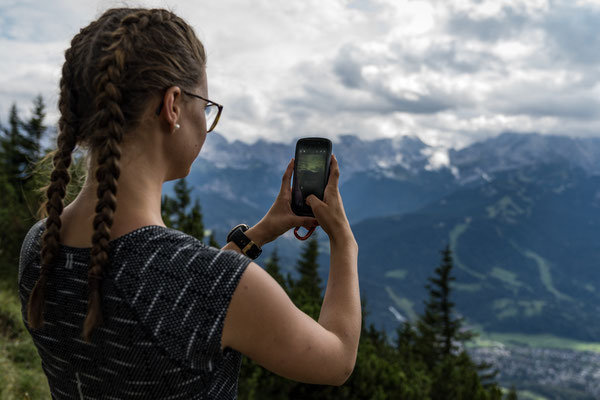 Mid of August I got the chance from Land Rover to test their new Outdoor phone: the Land Rover Explore. I have to admit that I am not an expert in this area, because I connected Outdoor Phones always to very thick, heavy and old-fashioned GPS-stations. Until mid of August. When I first saw the phone from Land Rover I thought it was a usual smartphone.  And in fact: the size and the weight are more or less the same as from other smartphones on the market. So you can really use it as a everyday-phone.

What? But on your pictures the phone seems bigger, Heidi?!?
You are right! That's because I added the adventure pack to the phone to have enough battery for two days in the mountains (fun fact: I used it intensely and gave it back after two days with 88%) and to have more outdoor-features such as detailed GPS-functions. There are also other packs you can add to the phone for example for biking. As we only went on a hike on the mountain Wank near Garmisch Partenkirchen in Germany we didn't need that. The weather was truly perfect to test the phone in all conditions: we had rain, we had sun, we had fog and we had wind. We didn't have big differences in temperatures, but apparently the phone works from -25 to +55 degrees Celsius. I was looking really forward to drop the phone into water and on rocks even if it felt very strange and just wrong. But after a while I got used to not treat it like a treasure. In fact I almost dropped my iPhone as well a few times, because I simply got used to throw my phone around. Luckily I didn't.
What I really loved about the phone was the ViewRangerApp. You might have seen it on my Instagram-Stories these days. It's the App where you can see the skyline through augmented reality with topographical cards while using the camera.
To keep it short: I tested the phone and can confirm that it is water-proof, drop-proof, the battery lasts incredibly long and the phone has some really cool and useful outdoor-features on it. The design of the phone reminds a little of the Land Rover cars and once you noticed that it's really fancy to find more and more things in common. My summary: it's a really cool phone and I think price/performance of the device is very good. (it costs 650€)
As always: If you would like to have more detailed information about anything regarding the Land Rover Explore, my trip to Garmisch or my opinion about both, don't hesitate and let me know via mail or on Instagram. I'll give my best to help you out. ;)

There are no comments yet.